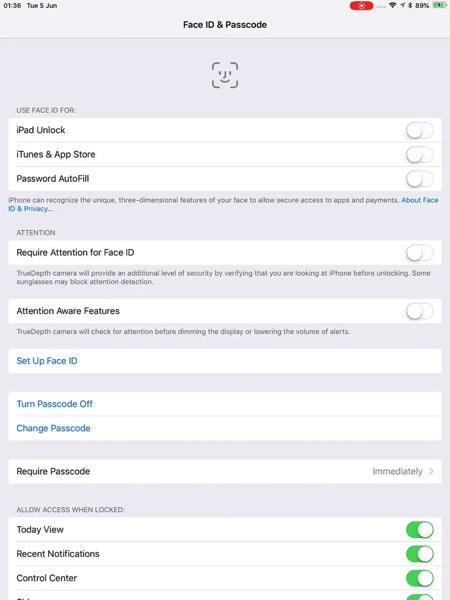 Ever since the unveiling of iOS 12 at WWDC yesterday, developers have been poking around the first beta of the new OS and turns out, Guilherme Rambo has already dug up something very interesting. According to videos and screenshots tweeted by Rambo, iOS 12 contains some hidden references that confirm Face ID is coming soon to the iPad (via The Verge).

The developer was able to dig up the setup UI for Face ID on the iPad, as well as the relevant section of the settings menu, pretty much confirming that it’s aimed for an iPad equipped with a 3D sensing Face ID front camera.

“It’s possible that these references could pertain to a feature that lets you unlock an iPad with an iPhone X, like how you can unlock a Mac with an Apple Watch, but that seems unlikely.

The inclusion of the setup UI suggests it’s for a device actually equipped with the Face ID sensors, which is something that has been credibly reported as planned for this year, so it seems safe to say an iPad with Face ID is on the way.”

The developer has also shared a video showing Face ID setup on the iPad. Take a look below and tell us what you think.

The Face ID setup UI is finally working on iPad. Clearly not done yet as can be seen by the descriptions mentioning “iPhone”. But it’s a start 🙂 pic.twitter.com/PVQgfbne15