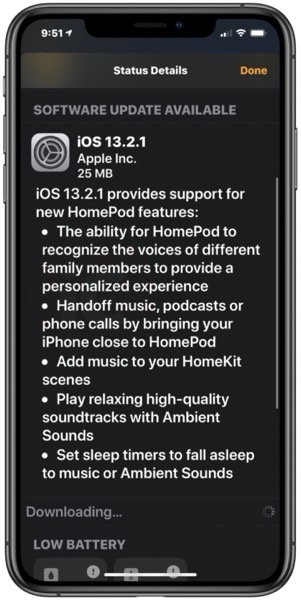 After releasing iOS 13.2 for HomePod earlier this week, numerous Apple users were affected by the update which caused their speakers to brick and become unusable.

Apple quickly pulled the update and users have been contacting Apple Support for replacements.

Now, iOS 13.2.1 is available for HomePod, made available yesterday evening for download. The release notes are the same as before but this time around, the update should not brick your precious HomePod speaker.

You would think Apple would actually test these software updates better before releasing them, right? ¯\_(?)_/¯