iOS 13.6 Fixes Bug that Made Calls in Saskatchewan Appear from the USA 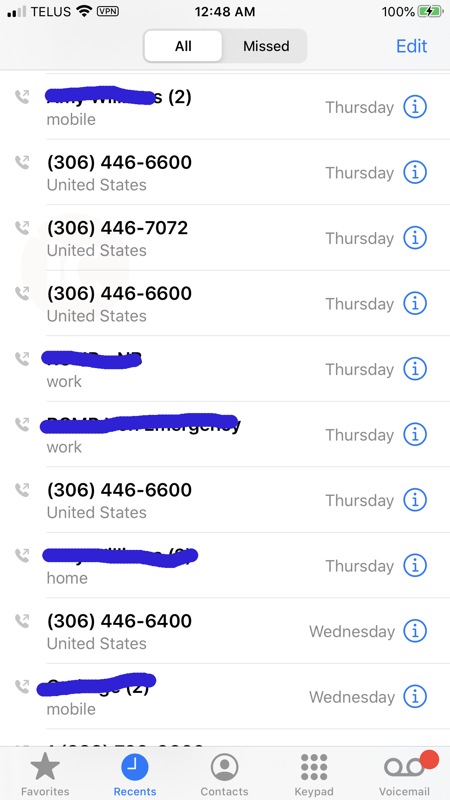 Back in May, we told you about an iOS 13 bug which caused calls originating in Saskatchewan appear to be coming from the United States, an issue that numerous iPhone in Canada readers let us know about.

With this morning’s release of iOS 13.6, Apple specifically mentioned a fix for this bug in its release notes. Under the section in today’s update detailing what’s new, specifically bug fixes and other improvements, Apple explains the update:

Fixes an issue [that] causes some phone calls from Saskatchewan to appear as originating from the United States. 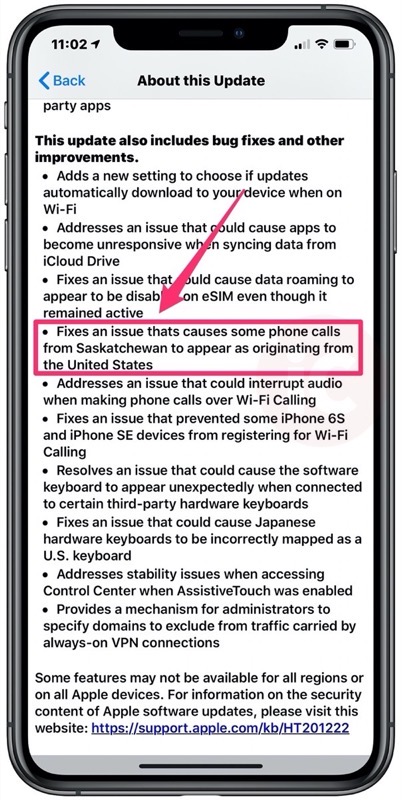 Users were getting incoming calls with the 306 area code as showing ‘United States’ as the location, despite being local calls. The problem meant users were seeing incoming calls from the United States, which at first glance could indicate spam calls. For actual calls, such as emergencies, this bug would be a major headache that would require people to do a double-take at caller ID.

The problem appeared to have originated around the release of iOS 13.4, but now it has been fixed in iOS 13.6. You now have no excuse for not picking up the phone when your mom calls (always pick up when mom calls!).