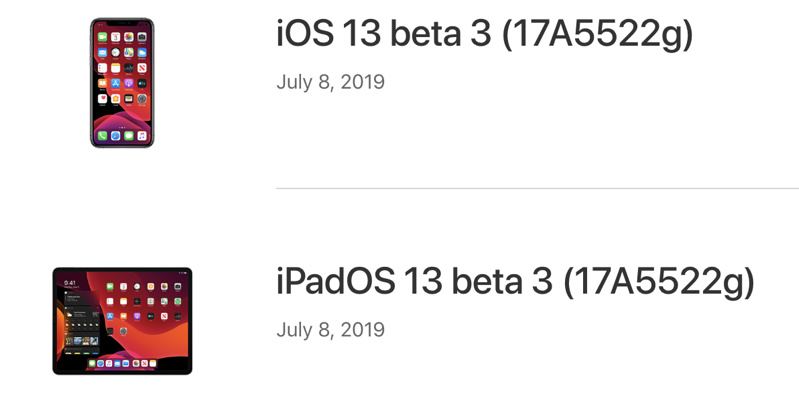 Apple has released a new round of betas for developers, as iOS 13 beta 3 and iPadOS beta 3 are now available for download.

For public beta testers, second betas of iOS 13 and iPadOS 13 were also released today for download.

The final versions of Apple’s mobile and desktop software are set to launch this September.