Leaker Ben Geskin has shared on Twitter this morning what he claims is Apple’s new Reminders app in iOS 13, showing in Dark Mode. 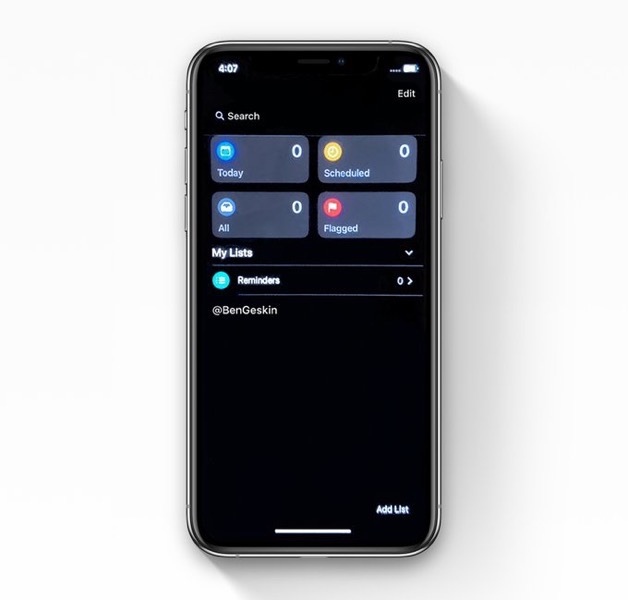 iOS 13 is rumoured to include a system-wide Dark Mode, similar to what launched for macOS Mojave last year. Dark Mode makes viewing your iPhone easier at night, as white backgrounds are displayed as black.

Geskin also tweeted out an earlier image, showing what he claimed to be Apple’s new volume indicator in an earlier March build of iOS 13 beta:

Dark Mode and a revamped volume indicator are two highly requested features for the iPhone. Let’s see what Apple has in store when their WWDC keynote kicks off today at 10am PDT/1pm EDT.