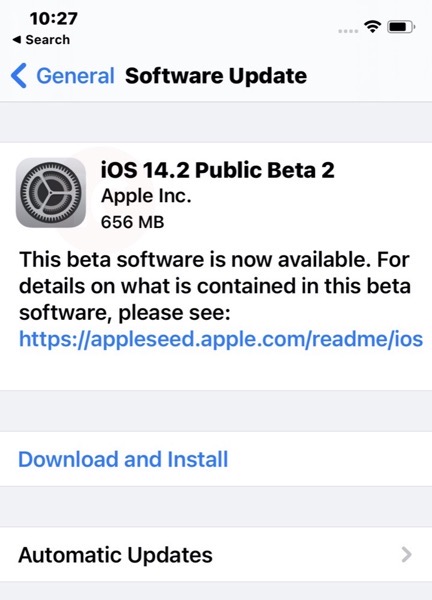 The file size of iOS 14 Public Beta 2 comes in at 656 MB for an iPhone X and may be larger or smaller depending on the device. You can get the update by going to Settings > General > Software Update on your iPhone or iPad.

Check out what’s new in iOS 14.2 beta 2 above in the video from zollotech.