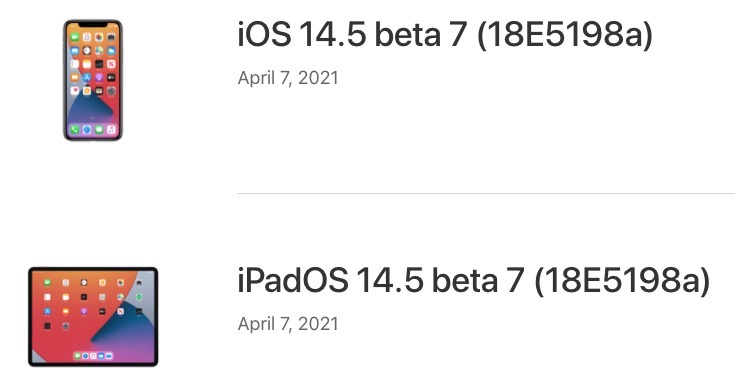 Apple has released new beta software builds for developers, as iOS 14.5 beta 7 and more were made available on Wednesday.

It’s unclear what’s new in these beta builds yet, but we still patiently wait for Apple to unleash final versions for members of the public to download, as we hit beta 7. Public beta testers should see similar versions made available shortly.

I’m not seeing much in iOS 14.5 beta 7. Just a few background daemons were updated. Looks like most of beta 6 was built March 25 and beta 7 on March 31. 6 days is not a lot of time for adding big changes this late in a beta. pic.twitter.com/pFGdfzLsNF

Update: According to @SteveMoser, he says there isn’t much in this latest beta, after diving into the code.

Security researchers from HUMAN’s Satori Threat Intelligence team have identified 75 apps on Google Play and 10 apps on the App Store engaged in ad fraud, resulting in over 13 million installations (via Bleeping Computer). The researchers say they have identified a collection of mobile apps that are part of a new ad fraud campaign named 'Scylla'....
Usman Qureshi
2 mins ago

YouTuber and tech gore creator TechRax took it upon himself to give Apple's new iPhone 14 Pro a facelift in a recent video. "I can't stand the protruding camera bump," he said, preparing to saw it off. The camera island on the back of this year's iPhone 14 Pro models is larger in all directions than the...
Nehal Malik
3 mins ago

According to Bloomberg’s Mark Gurman, he believes Apple may not hold an October event to announce Mac and iPad Pro updates with M2 chips. The M2 chips were unveiled at WWDC this summer. Does Apple have enough new features still hiding to justify holding an October event with the media? “It seems unlikely,” says Gurman. […]
Gary Ng
16 mins ago