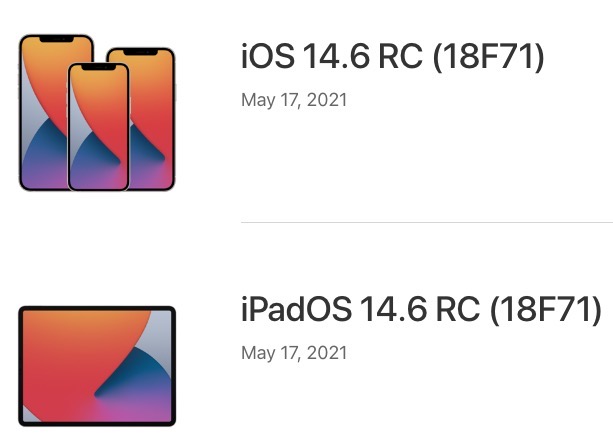 Apple has made available numerous Release Candidate software builds for developers, including iOS 14.6, signalling the public release is imminent.

Release Candidate builds for the versions above should make their way to public beta testers shortly as well. It’s likely we will see these final builds for widespread availability next week.

Check out the video below from Zollotech, offering a full walkthrough of changes in iOS 14.6, such as the upcoming merging of iCloud Drive and iCloud Documents:

With iOS 14.6 RC, you’ll be able to add a contact email to your AirTag when the latter is in Lost Mode, plus 14.6 software versions will support Lossless Audio in Apple Music, expected in June.

United States Senator Michael Bennet wrote a letter to executives of both Apple and Google, calling for the tech giants to remove TikTok from their respective app stores. Bennet believes that the Chinese-owned video creation platform poses security threats, furthering the same narrative that's been brewing for a number of years. Apple's Tim Cook and Google's...
Steve Vegvari
52 seconds ago