iOS 14 to Include Revamped Podcasts App With “For You” Tab, and More 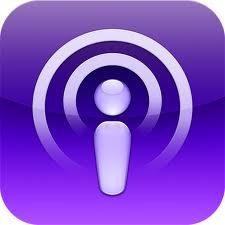 Citing sources familiar with Apple’s plans, a report by 9to5Mac is claiming that next week’s iOS 14 unveiling at WWDC will also include a revamped Podcasts app that will offer personally curated content under a new “For You” tab similar to Apple Music.

“If you’re already an Apple Music subscriber, you’re probably familiar with the “For You” tab, which suggests new songs, artists, and playlists based on what you’ve been listening to. With iOS 14, a similar feature will be available within Apple’s Podcasts app, according to people familiar with the matter.”

The updated Podcasts app will be able to learn about a user’s personal preferences to suggest new podcasts available on the platform. A new user profile will also let users follow their friends on Apple Podcasts to see what they’re listening to.

In addition to offering curated content, the Podcasts app on iOS 14 will also include an option for podcast creators to offer bonus content to the audience, similar to what users get when they buy a movie in the Apple TV app.

The report adds that bonus content in the updated Podcasts app will be presented in the same feed as the podcast, but will be separate from the regular episodes.

Ian Scott, chairman of the Canadian Radio-television and Telecommunications Commission (CRTC), told the House of Commons Industry and Technology (INDU) committee that he was once the victim of an e-mail spoofing scam — reports The Globe and Mail. Apparently, bad actors were able to impersonate Scott's e-mail address an undisclosed amount of time ago. The...
Nehal Malik
32 mins ago

Tesla and SpaceX CEO Elon Musk will purchase Twitter again with his original terms at $54.20 per share, as revealed yesterday in a surprise u-turn. The decision comes ahead of Musk’s scheduled deposition starting tomorrow and his October 17 Supreme Court case in Delaware with Twitter, as the Tesla leader originally wanted to renege on […]
Gary Ng
44 mins ago