According to Apple’s iOS 14 and iPadOS 14 adoption report, 86% of iPhones introduced in the last four years are running iOS 14, whereas over 80% of all active iPhones have iOS 14 installed as measured by the App Store on February 24 (via MacRumors). 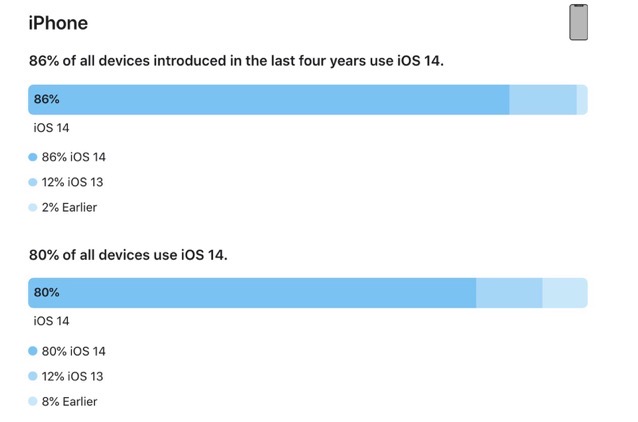 As of December 15, iOS 14 was installed on 72% of all active iPhones and on 81% of iPhones introduced in the last four years, notes Apple.

As of February 24, 12% of all active iPhones are still running iOS 13, and 2% are running even older iOS versions.