A string of iOS 14 leaks this week have detailed upcoming features for Apple products coming soon, and now 9to5Mac has more in regards to Apple Watch.

According to the site, code within iOS 14 will detail a new “International” watch face for Apple Watch, which “will show flags from different countries.” Below is an image to show what these watch faces may look like: 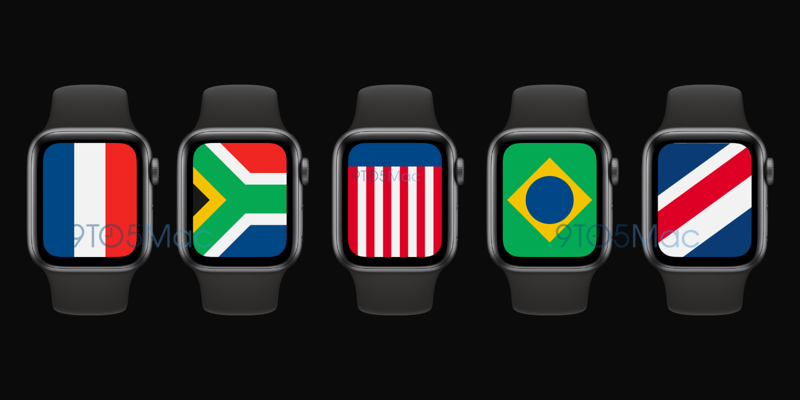 9to5Mac says Apple is also “working on a method for sharing personal watch faces with others through iMessage, AirDrop, or other apps.” This sharing feature does not apply to exclusive watch faces from Nike and Hermès, as these are hardware-specific.

Other expectations in watchOS 7 include sleep tracking support, while a new watch face called “Infograph Pro” will debut with an integrated tachymeter dial, typically used to track speed and distance based on your travel time.

With the coronavirus pandemic shutting down major tech conferences, along with the NHL and NBA season, Apple’s annual developer conference, known as WWDC, most likely won’t take place this year in California.