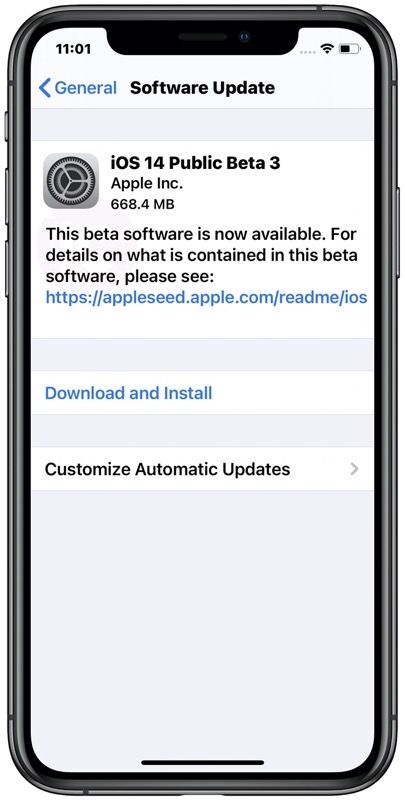 After releasing iOS 14 beta 3 and more for developers yesterday, Apple has released the equivalent version for Public Beta testers today. The download comes in at 668 MB for the iPhone X.

iOS 14 Public Beta 3, along with iPadOS Public Beta 3, was made available this morning via an over-the-air software update. On your iPhone or iPad, just head to Settings > General > Software Update to get the latest version.

Anyone can sign up for a Public Beta of iOS 14 and iPadOS 14 by visiting Apple’s website here. It’s worth noting you should try to use a secondary device for beta installs, due to bugs and some app compatibility issues. However, early feedback from testers note these early versions of iOS 14 beta have been pretty good and stable.

This third beta of iOS 14 includes a new icon for Music, a new widget for Clock, to go with more subtle system changes and tweaks. Click here to find out what’s new in iOS 14 beta 3.