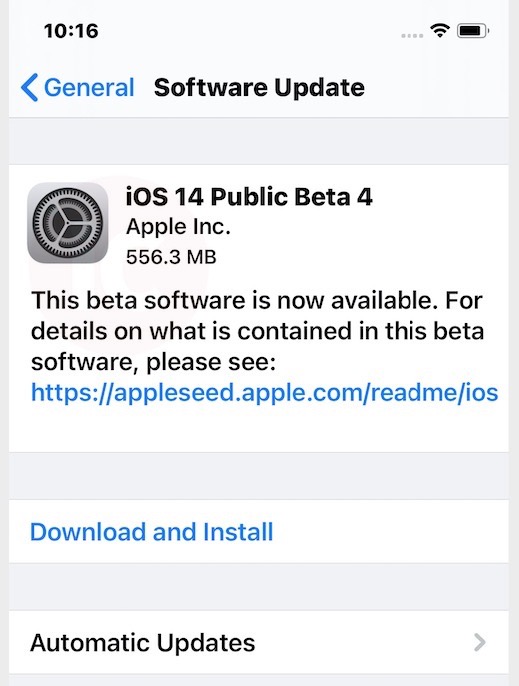 After releasing iOS 14 beta 4 for developers earlier this week, the equivalent version has been released for Apple’s Public Beta testers.

Public Beta testers can now download iOS 14 beta 4, which comes in at 556MB for the iPhone X. Also available is iPadOS 14 public beta 4 as well.

The major feature in this beta update is support for the Exposure Notification API, which means iOS 14 beta can now support contact tracing apps such as Canada’s recently released COVID Alert, which leverages Apple and Google’s framework.

Also out today is the first public beta of macOS Big Sur. This means Apple’s Public Beta testers can now test the latest version of the desktop operating system, which comes with a new design.

Click here to sign up for Apple’s Public Beta program–it’s free. However, you should install beta software on your secondary devices only, as there are usually numerous bugs when it comes to testing this early release software.