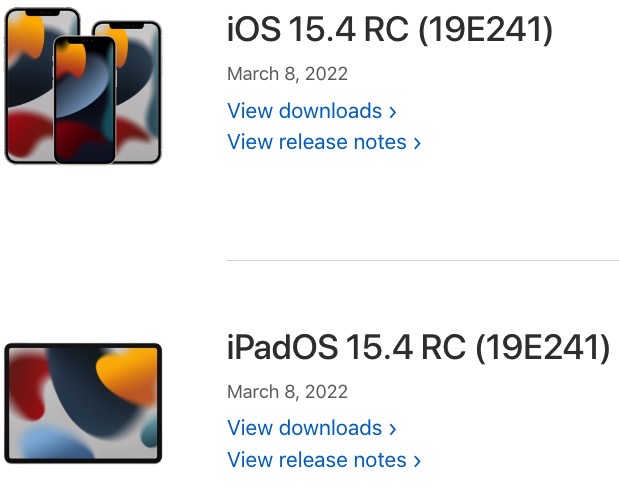 Following today’s Apple special event, the company has made Release Candidate (RC) builds of 15.4 for iOS and iPadOS and more for developers, signalling the final public releases are imminent.

Apple will likely have final downloads for all of its users available in time for the release of its new products announced today: iPhone SE 3, iPad Air 5, Mac Studio and Studio Display.