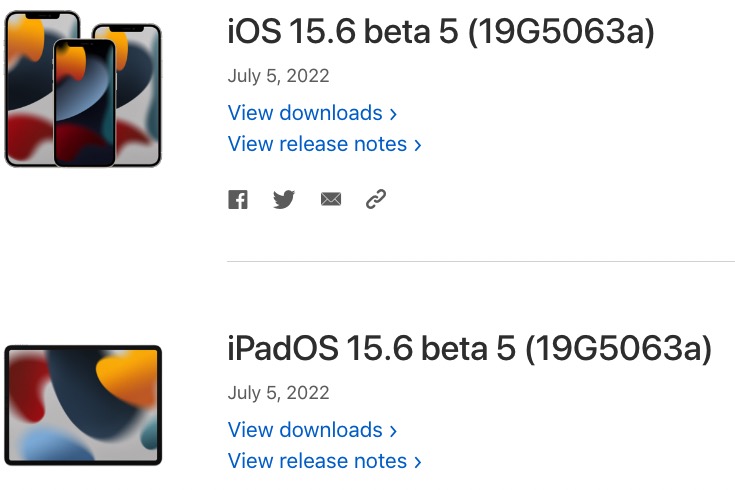 Apple has released iOS 15.6 beta 5 and more for download on Tuesday morning for developers, signalling one step closer to a final release.

With iOS 15.5, Apple released four betas, before the final release candidate (RC) build was made available to developers, a sign the widespread public release was imminent. It’s clear we are close to seeing another final iOS 15.6 build soon, likely to contain security and performance improvements.

Apple currently has iOS 16 beta and more available for developers, with public testers set to gain access later this month.

Your Apple Watch can help you find your iPhone if it’s nearby. Simply Touch and hold the bottom of the screen, swipe up to open Control Center, then tap the Ping iPhone button. As a result, your iPhone makes a tone so you can track it down. In the latest beta release of iOS 16,...
Usman Qureshi
41 mins ago

Alexa is getting smarter and more complex every single day by finding new ways of applying learned  behaviours  to new and different scenarios. Currently built into more than 100,000,000 devices worldwide, Alexa and the Echo suite of devices continue to evolve. Check out the top Amazon devices and Alexa updates you need to know for...
Usman Qureshi
1 hour ago