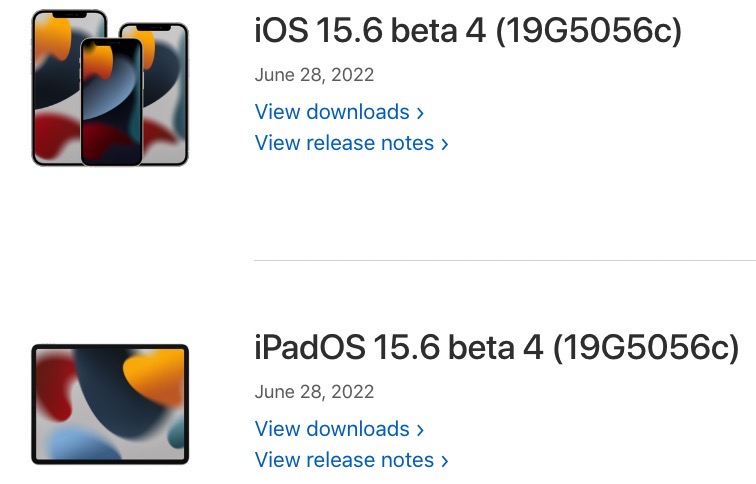 Apple has released a new round of software betas for developers, including iOS 15.6 beta 4 and more. Check out what’s for download below:

No word on what’s exactly new aside from the usual performance and security updates, especially with iOS 16 beta and more out for developers, and final releases expected this fall. Stay tuned for updates.