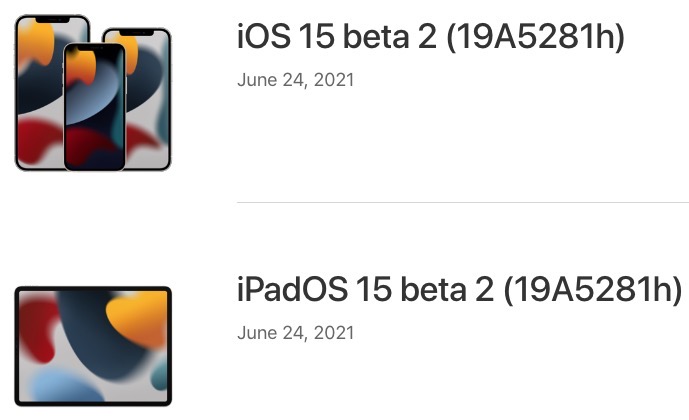 Apple on Thursday released new software betas for developers, including iOS 15 beta 2 and more. Check out what’s available for download below:

iOS 15 beta 2 comes in at just over 1.8GB in size, so you’ll want to download this over Wi-Fi if you have a limited data plan.