Apple mentioned during its iPod event that iOS 4.1 would be available next week. We know that iOS 4.1 has already been released to developers. This new firmware will include new features such as HDR photography, HD uploading via WiFi, and Game Center. It will also address issues regarding Bluetooth , proximity sensor, and iPhone 3G slowdowns.

Looks like the Apple UK website let the cat out of the bag! iOS 4.1 will be available next week on Wednesday, September 8th. Take a look at the screenshot below: 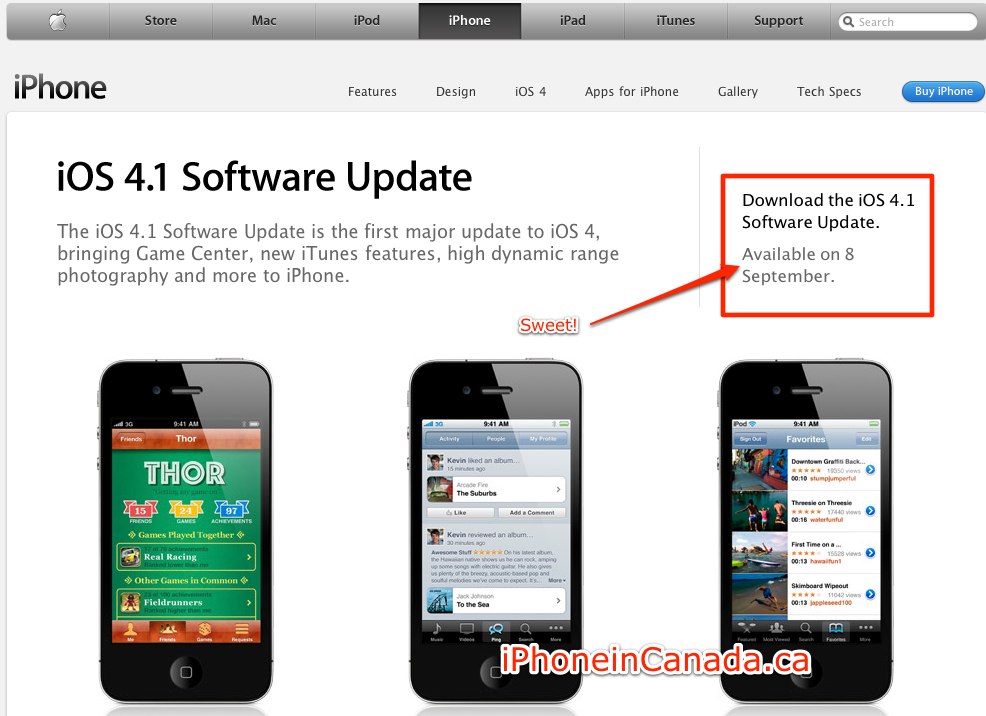 …and just a reminder, if you want to keep your current iPhone jailbreak–stay away from the update via iTunes. BTW, if you have a new iPod Touch, 4.1 firmware has already been released by Apple. Click here to download!

What do you think? Is this date legit or an error?

Back in September, Pluto TV announced it would be launching in Canada in December and as of today, the free ad-supported streaming TV service is now live. This new Free Ad-Supported Streaming Television (FAST) service is from Paramount Global, with Corus Entertainment Inc. as its Canadian partner. Pluto TV says it is the world’s leading […]
Gary Ng
52 mins ago