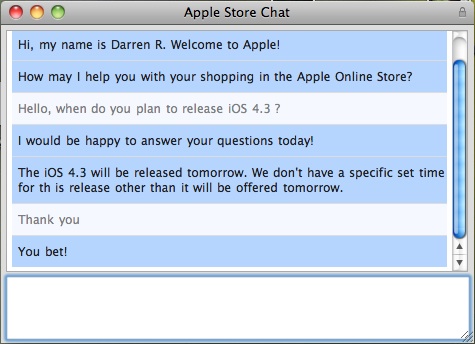 Update 1: Jim Dalrymple from The Loop says iOS 4.3 is dropping tomorrow, not today. Either way, iOS 4.3 coming this week. Patience is a virtue folks!

Steve Jobs mentioned at last week’s iPad 2 event that iOS 4.3 would be available this Friday for download. The latest rumour according to BGR is that 4.3 is dropping at 10AM today. That’s in one hour and 15 minutes. Let’s see if their sources are correct.

Also, the source notes that the limit of three wifi connections via Personal Hotspot is up to the carrier to decide. No big deal, as I don’t see myself tethering more than three wifi devices. 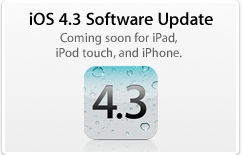 Keep your eyes peeled on the clock today folks!

The new ad-supported plan of Disney+ is now live in the U.S. at $7.99/month. Dubbed Disney+ Basic, the plan is expected to become available in Canada and other countries next year (via Reuters). Over 100 advertisers and brands, from LVMH to Marriott Hotels & Resorts, are participating in the launch, which Disney has been promoting...
Usman Qureshi
37 mins ago

Airbnb has announced heightened defenses to help prevent disruptive parties over the New Year’s Eve weekend in 11 countries, including Canada. New restrictions will see a ban on certain one-night bookings during New Year’s Eve for entire home listings across Canada. These defenses are in effect for guests without a positive account history, or no...
Usman Qureshi
51 mins ago