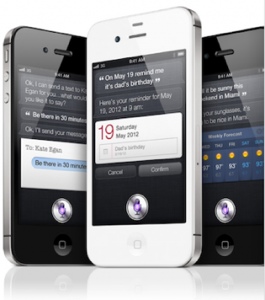 Some rumours regarding iOS and Siri have emerged from German site Macerkopf. The site claims sources have told them Apple is set to ‘release’ iOS 5.0.2 next week to further address battery life. iOS 5.0.1 was released just last week to address battery concerns and so far I’ve experienced positive results on my iPhone 4S, whereas others have not as shown in our recent poll. The site claims the battery woes of iOS 5.0 caught Apple off guard and usage should return to normal levels, instead of performing worse.

The second rumour is Apple is set to add further functionality to Siri, possibly coming in iOS 5.1. Examples of specific new features include the ability of Siri to snap a photo, take a video, and toggling WiFi and Bluetooth on/off. Earlier, we saw iOS 5 settings shortcuts introduced via the free tweak IconSettings. Could Siri bring these options in the future? That would be amazing.

These rumours are just that. It’s logical that Apple would already be working on future versions of iOS, along with Siri enhancements. The company is set to release further language and functionality in 2012 for Siri. Canada, for one is anticipating location, restaurant, and map updates. Stay tuned.