Apple has released iOS 5.1.1 for the iPhone, iPad and iPod touch that has bug fixes and improvements, two months exactly after iOS 5.1 was released.

You can find the update via iTunes, or get it over the air via Software Update on your iOS device. Expect the update to be propagating around the world… 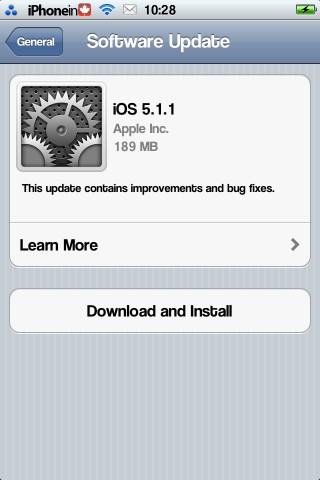 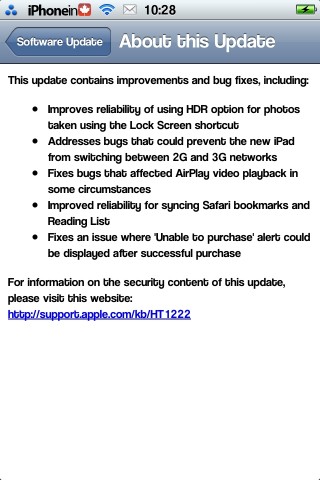 By the way, you should know this already but if your iPhone is jailbroken…DO NOT UPDATE or you will lose your jailbreak!