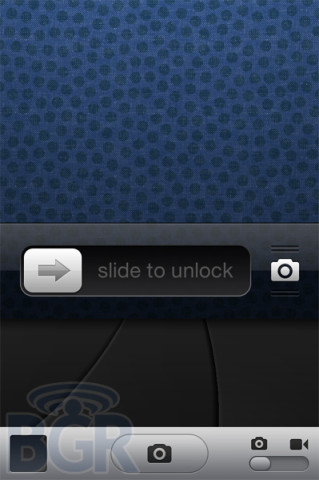 On the eve of the iPad 3 announcement, Chronic Wire reports iOS 5.1 Golden Master (GM) has currently been undergoing numerous internal and external testing over the past three weeks, and in all likelihood will be released in the next few days:

The Gold Master build of iOS 5.1 has been in a vigorous quality assurance phase for the past three weeks, with extensive testing being done internally by Apple as well as by various carriers/partners.

It is rumored to have added Japanese language support in Siri, as well as an easier method of accessing the camera from the lock screen, and at least two other new features that have not been publicly leaked.

The build number of iOS 5.1 GM will be 9B176, although other versions being tested have slightly higher numbers, notes @chronic, who has been reliable in the past with his insider sources.

We last saw reports of a new camera shortcut on the lock screen, plus images of Japanese Siri support leaked before with test versions of iOS 5.1 GM. Everyone is assuming iOS 5.1 GM will be announced tomorrow by Apple to coincide with the iPad 3 announcement.