iOS 5.1 Reveals FaceTime Over Cell Networks Could Be On the Way

With the new iPad sporting LTE, it’s only inevitable the next iPhone would also have faster networking. Canada is already LTE-wired thanks to our ‘Big 3’ carriers. Now, new evidence within iOS 5.1 provides further clues Apple will include FaceTime over cellular networks, and possibly have LTE in the works for the next iPhone. Currently, FaceTime over cell networks is only available through Cydia tweaks like My3G.

As noted by iDownloadblog, amateur hacker Krishna Sagar discovered this evidence within iOS 5.1, with numerous references to ‘4G’ and FaceTime (AT&T users recently received ‘4G’ indicators in the status bar with iOS 5.1): 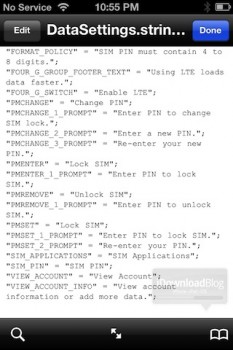 Also noted was evidence of LTE/4G coming to the next iPhone. Canada’s ‘Big 3’ carriers are already wired for LTE, so it’s more than expected the next iteration of Apple’s iPhone would support this. The new iPad debuted with LTE, so it’s only fair the iPhone would get some LTE love too, right?