– The update requires at least 50% battery or connection to a power source. My update was ‘frozen’ at about 85% when I was at 20% battery life, but once I plugged it into a power source it resumed.
– Jailbroken users on iOS 5 won’t be able to do the OTA update
– OTA update seems to have erased videos/photos after it’s finished. Syncing in iTunes should restore your old pictures. Or, just wait and iCloud will bring them back.

We were just sent some screenshots of the iOS 5 Beta 4 over the air install. It’s a ‘delta’ update, which means only what’s new is installed and not the entire OS. At 133MB, the update can be installed over 3G and WiFi. 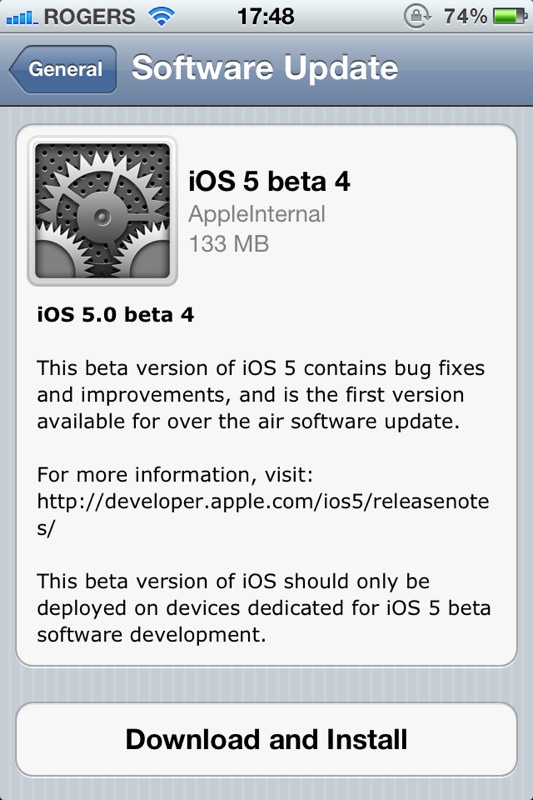 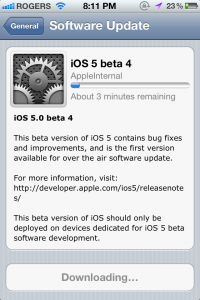 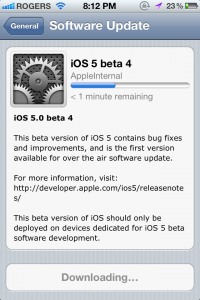 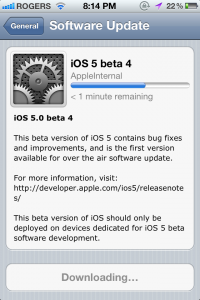 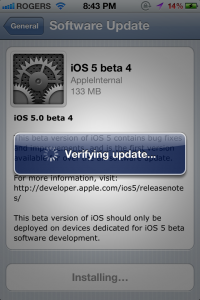 Details sent to us indicate that installs have been pausing or slowing down near the final minute. This could be due to overwhelming strain on Apple’s servers, but right now it’s too early to tell.