After debuting and detailing the many features of iOS 5, Apple confirmed that iOS 5 will be available this Fall 2011. However a developer preview of the new iOS is available today.

During the keynote, Apple also confirmed compatibility of iOS 5. iOS is compatible with: 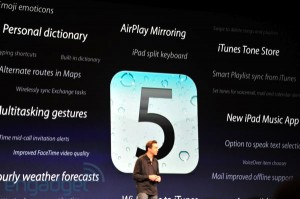