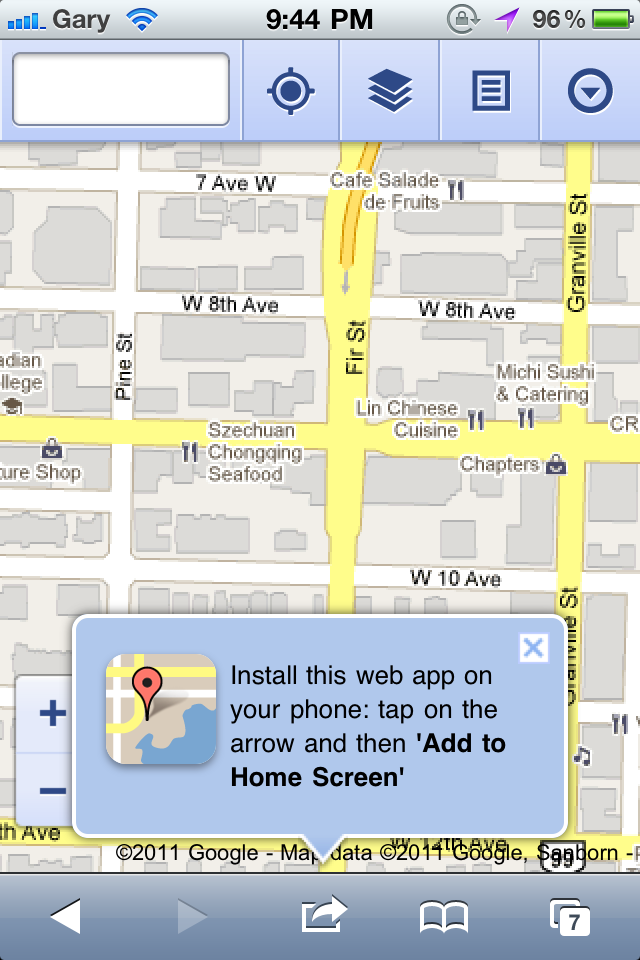 More iOS 5 speculation coming your way, this time it’s regarding the use of Google Maps. Apple’s acquisition of mapping companies Poly9 and Placebase surely would hint at Apple’s own mapping system coming our way right? Not so fast, according to 9to5Google.

They are ‘claiming’ sources mention Apple will remain using Google Maps in iOS 5, instead of an Apple-branded maps service. Google Maps for iOS is being refined and improved by Apple, so no hints of a new service are coming anytime soon–for now.

I love Google Maps on my iPhone, and I hope Apple doesn’t remove them entirely. Why? Google Streetview. Also, ‘Live Traffic‘ also works in Google Maps in Canada. Even if Apple does remove Google Maps, we’ll still be able to use the service within Mobile Safari.

I can see Apple working with Google to implement some new changes such as a native turn-by-turn GPS app, but to remove Google Maps entirely would mean developers modifying their apps too. A large majority of applications rely on Google Maps and any changes would mean a massive transition over to Apple’s own mapping service.

What do you think? Should Google Maps stay or go?