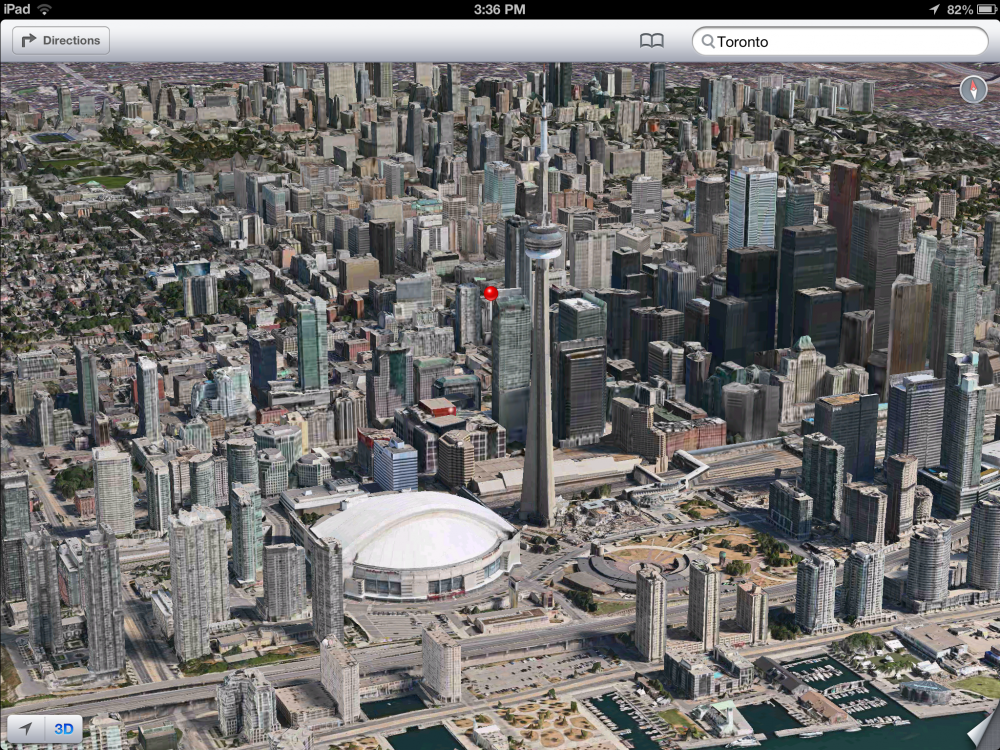 With the release of iOS 6 beta 4, our iOS devices have received an absolute plethora of bug fixes and minor updates. The single major update that may stick out though is the native YouTube application disappearance. If you do happen to look closely, you will also find multiple minor updates, such as Bluetooth sharing, enhanced privacy, updated maps, and more.

One detail we forgot to mention yesterday was the expansion of 3D Maps in addition to much improved rendering. Slowly, but surely, iOS 6 Maps has continued to expand on each beta update. With the latest, Apple has brought 3D views to 8 U.S. cities, 1 Canadian city, and 4 European cities. For a full rundown, 9to5mac has found and listed all the cities:

With this latest update, there is now nearly double the amount of available 3D flyover cities as there previously was. Now with 27 cities available, two of them are Canadian. Both Montreal and Toronto have received the 3D treatment.

What cities would you like to see in 3D next?