Apple pushed iOS 6 beta 2 to the developer community as an over the air (OTA) update a couple of days ago and today, folks at AppAdvice have pointed out one of 200+ brand new features introduced by Apple in the latest version of iOS which most of us might have overlooked. With iOS 6, users in Mail can resend emails without having to redraft the same email all over again. This is achieved by tapping the reply button where you’ll see a new “Send Again” option in the popup menu (see image below). 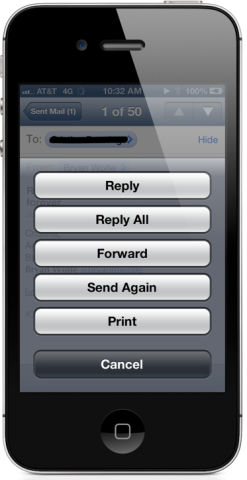 For example, you recently sent an email to a friend to confirm an upcoming dinner date. Unfortunately, for whatever the reason, your friend failed to respond.

Instead of redrafting a new email, iOS 6 lets you hit a “Send Again” button, which is an available option after clicking on the reply button in Mail. Best of all, you can revise the previous email before you send it again.

If you come across any other new feature added to the latest iOS 6 beta, don’t forget to share it with us!