With the announcement of iOS 6 at WWDC 2012, one of the most anticipated features was the addition of the new Apple Maps and turn by turn GPS, guided by Siri. However, with the first betas of iOS 6, this feature did not work in Canada. A couple days ago Apple enabled the feature in beta 2 and we were sent the following short video (thanks J.A.!) of turn by turn working in Canada:

With the release of today’s iOS 6 beta 3, it looks like the feature is fully functioning and working in Canada, allowing us to navigate safely around polar bears and igloos. 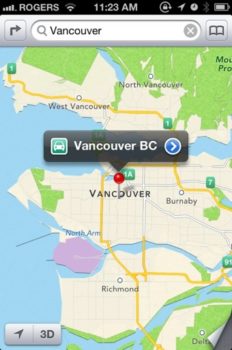