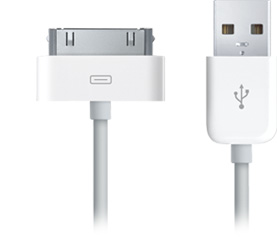 In fact, it appears that the reference has been present since beta 1. This reference comes in a part of the operating system that details general hardware features in iOS devices.

This reference was found to be included in Apple’s full product lineup. If everything pans out then we could see the new mini-connector during the iPhone release in September.

Although the reference sounds promising, we can’t verify fully whether the coding indeed references to the dock connector. The good thing is we are just over a month away from the claimed keynote event.

Netflix has made good on its warning of an impending crackdown on account password sharing in early 2023, explaining its new rules in a Help Center article (via The Streamable). According to Netflix's estimates, more than 100 million users across the globe use another person's Netflix account to access the service. Netflix hopes that implementing...
Nehal Malik
9 mins ago