Earlier today, Apple released iOS 7 beta 4 as an over-the-air (OTA) update and it didn’t take long for developers to dig out evidence that pretty much confirms the next generation iPhone will come with a biometric fingerprint sensor, 9to5Mac is reporting. Discovered first by Hamza Sood, iOS 7 beta 4 contains a new folder called “BiometricKitUI”, with an interface that suggests users will be able to swipe the sensor on the iPhone’s home button (see below). 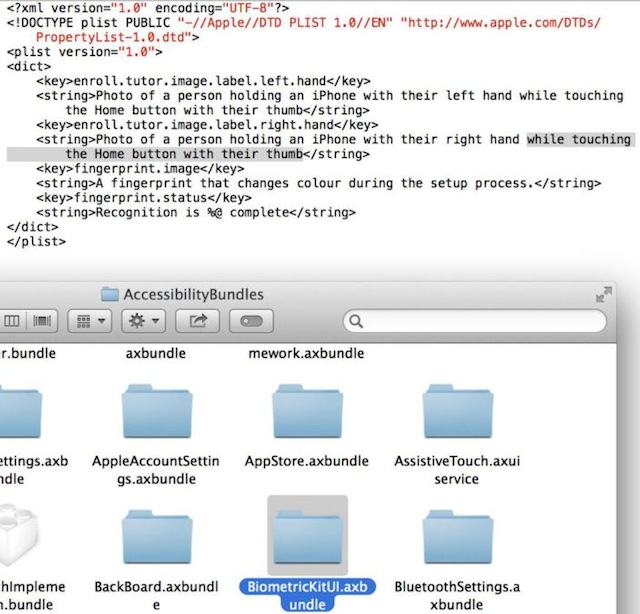 According to Sood, the above strings are what an iPhone with VoiceOver on would read to a user.

Another anonymous source has also confirmed that the user-interface for the fingerprint scanning system has been complete, adding that the technology is “focused around unlocking the phone”.