iOS 7 Reveals Apple Developing A7 Processor for Next iPhone

Developer Nick Frey has shared with 9to5Mac Apple’s next generation iPhone is being prepared to be powered by the next generation A7 processor, as discovered via references to “s5l8960x” within iOS 7, which we can assume will be the A7 processor. Previous generation processors are known as s5l8950x (A6) and s5l8955x (A6X). 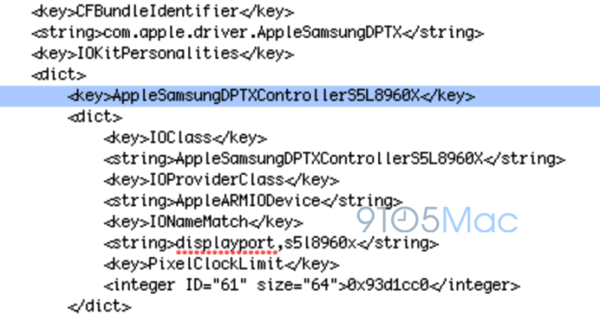 Also, the code reveals the A7 processor will still be manufactured by Samsung, despite recent rumours of Apple switching over to TSMC for the A7. Digitimes reported last month TSMC would manufacture A8 processors and beyond for Apple, with the former debuting in 2014. A purported leaked image of the iPhone 5S last month also suspected the next-generation iPhone 5S would be powered by the A7, as model number markings indicated a possible next-generation processor.

This doesn’t come as a surprise since every new iPhone always gets a next-generation Ax series chip. But for it to show up in iOS 7 just reaffirms what everyone expects to happen.