Apple released iOS 8.4 beta to developers yesterday with a preview of a new music app and along with that, it seems that Apple has made some changes to how it handles audiobooks in the new beta as well. As pointed out by MacRumors, the audiobooks have been moved from the music app to the iBooks app, while support for chapter selection has also been added. 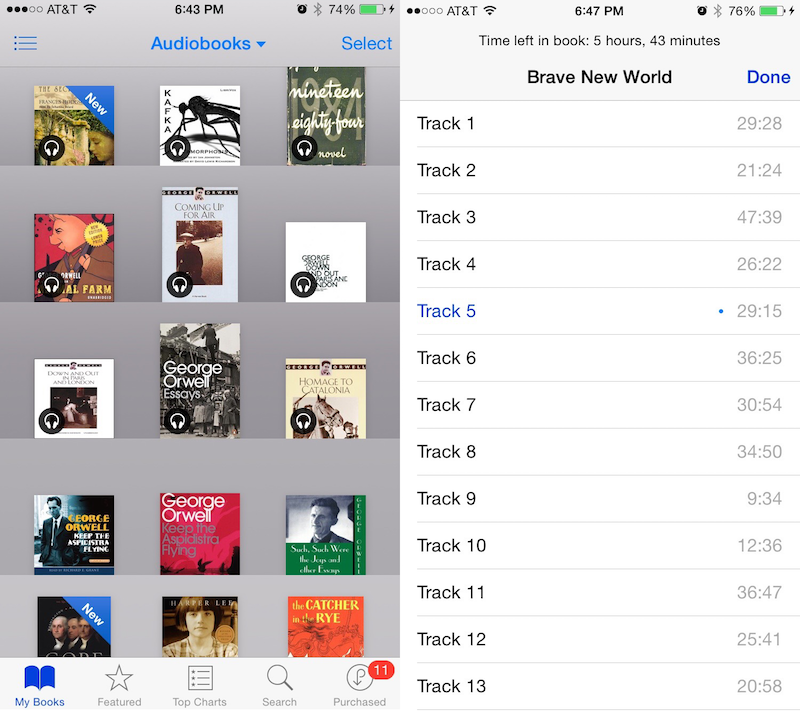 With the new update, Apple has consolidated all audiobooks in the iBooks app and has also fixed another longstanding issue with audiobooks on iOS. Since iOS 7, audiobook listeners have been unable to view chapter titles or even select them. However, audiobook chapters are now selectable in iOS 8.4, though they are not listed as actual chapter titles and are merely listed as “track numbers”. Furthermore, iOS 8.4 also brings a standalone Audiobooks app to the CarPlay interface.

Lastly, Apple has also added a new fast forward and fast rewind feature, allowing users to easily scrub through an audiobook chapter, by simply dragging the book cover art to the left or right.