Apple has updated its App Store distribution page to acknowledge iOS 8 adoption has reached 85% of devices, based on App Store usage as of July 20, 2015. 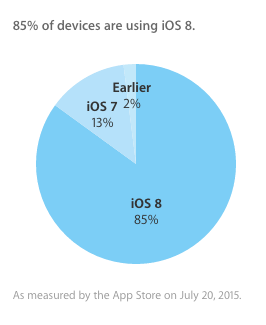 Yesterday saw the release of iOS 9 beta 4 to developers and this morning, beta 2 hit public iOS 9 testers. Apple is set to release iOS 9 publicly this fall and will support 15 devices, which includes the aging iPhone 4s from 2011: 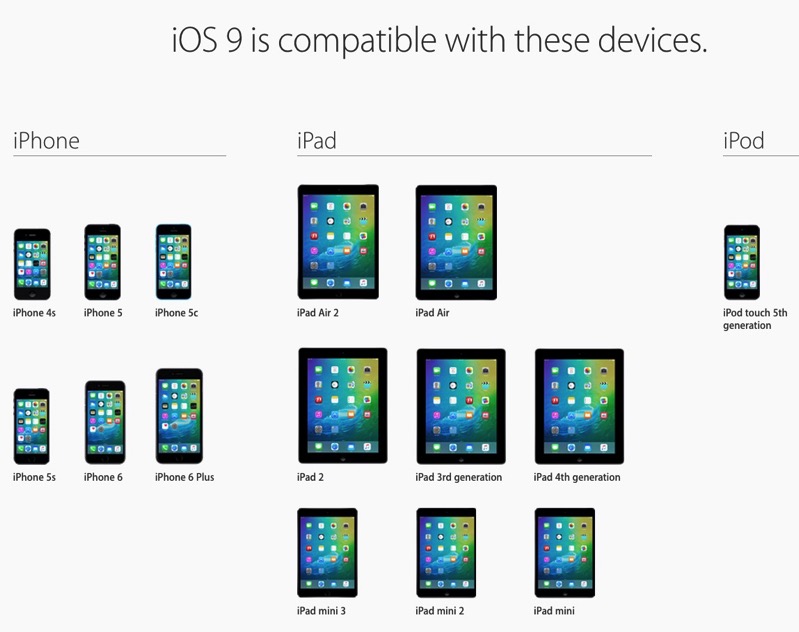 Yesterday during Apple’s Q3 earnings call, CEO Tim Cook said the company “experienced the highest switcher rate from Android that we’ve ever measured.” It’s easy to see why people would switch over to iOS from Android. What Android devices from 2011 are able to get the most recent Android OS 5.1 Lollipop?