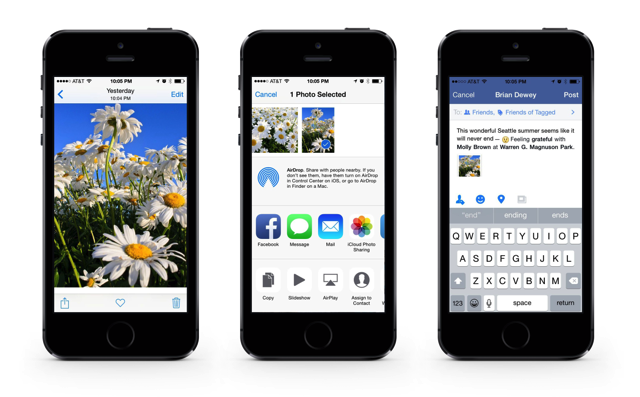 Apple has added a new feature to iOS 8 called MAC address randomization that makes it harder for your device to be tracked.

When your device running iOS 8 is searching for a Wi-Fi network, Apple now automatically generates a new random MAC address every so often which makes it difficult to track the device by seeing which networks have spotted its MAC address.

If the iOS 8 device is in sleep mode, the device will offer the Wi-Fi network a fake MAC address. The technique of tracking a devices location based on their MAC address has been used mainly by retailers and marketers to target customers with relevant ads.

Airtight Networks, a company which performs location tracking using MAC addresses, is not impressed with Apple’s new randomization technique. The company points out that Apple’s randomization feature only works if the device is asleep and the feature won’t work on the iPhone 5 or earlier and the iPad minis.

“Getting MAC-spoofing to work in practice requires a delicate combination of settings, which Airtight says will severely limit the real-world impact of the feature. Both cellular data service and iOS’s Location Services setting must be switched off, both of which will seriously diminish the capabilities of the user’s phone. Turning off Location Services will disable the phone’s GPS and a host of related functions, while switching off cellular data will limit any internet access to Wi-Fi only. The feature also won’t work on the iPhone 5, or anything from a previous generation, and iPad Minis also seem to be be missing the feature. Finally, the nature of the spoofing means it only works in sleep mode, so as soon as a phone’s screen lights up, any protection from MAC spoofing is lost.”

Apple’s new anti-tracking features will not affect most iOS 8 users because of the specific state your device must be in to take advantage of the new feature. The new feature does not provide us with the level of privacy we were expecting, however, this may make way for enhanced privacy features in the future.

As part of Tesla CEO Elon Musk and social media giant Twitter's ongoing legal battle, the Delaware Court of Chancery this week released hundreds of text messages between Musk and other stakeholders in the deal. Many of these texts offer an inside look into the celebrity billionaire's $44 billion USD bid to buy the company...
Nehal Malik
12 mins ago

In response to a video published by The Wall Street Journal’s Joanna Stern testing the Crash Detection feature in the iPhone 14 and Apple Watch Ultra, Apple has now provided some new information on how it works (via MacRumors). The test, in which Stern recruited Michael Barabe to crash his demolition derby car with a heavy-duty steel...
Usman Qureshi
22 mins ago