iOS 9 ‘Nearby’ Suggestions Feature Showing Up in Canada Again

During the last beta of iOS 9, developers and public beta testers were able to see the Nearby feature when swiping to right on their iPhone or iPad. This Maps feature allowed instant shortcuts to points of interest near your location.

However, when iOS 9 was publicly released, the feature disappeared, as many of you told us it was no where to be found. As of last night, it appears the feature has now been enabled again: 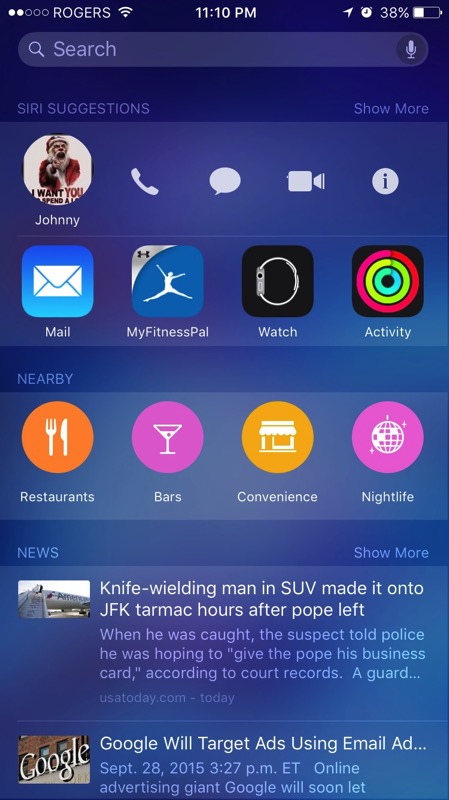 Apple’s iOS 9 feature availability page only lists the USA and China for their Nearby feature within Maps. It looks like Canada will soon be added to that list.

Are you seeing Nearby on your iPhone or iPad right now?

Two days after declaring ‘war’ on Apple, Tesla CEO and ‘Chief Twit’ of Twitter, Elon Musk has met with the iPhone maker’s CEO. In a video shared on Wednesday afternoon, Musk said “Thanks @tim_cook for taking me around Apple’s beautiful HQ,” referring to Apple Park in Cupertino. Musk didn’t elaborate on his meeting with Cook. […]
Gary Ng
49 mins ago