iOS 9 ‘Software Update Failed’ Pop Up Resulting for Downloaders [u]

Apple just released iOS 9 for its iPhone, iPad and iPod touch users worldwide. To nobody’s surprise, this simultaneous download by hundreds of millions of users has put strain on Apple’s servers, causing many to see the following “Software Update Failed” pop up, which says “An error occurred downloading iOS 9.” This happens for those updating over the air: 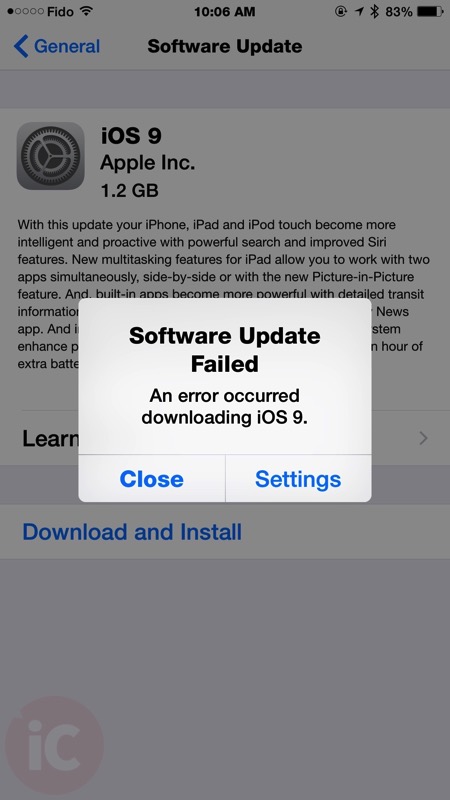 If you’re not in a rush, wait until later this evening to download iOS 9, or keep trying. Have patience, you’ll get your iOS 9 update soon enough (#firstworldproblems). While you’re waiting, go read Rene Ritchie’s epic iOS 9 review.

Are you getting this error right now?