Are you tired of bugs in iOS 8? Well according to 9to5Mac’s Mark Gurman, sources say iOS 9 will be focused primarily on stability and performance updates instead of focusing on new features (bold text below added as an update):

For 2015, iOS 9, which is codenamed Stowe (after the ski resort in Vermont), is going to include a collection of under-the-hood improvements. Sources tell us that iOS 9 engineers are putting a “huge” focus on fixing bugs, maintaining stability, and boosting performance for the new operating system, rather than solely focusing on delivering major new feature additions. Apple will also continue to make efforts to keep the size of the OS and updates manageable, especially for the many millions of iOS device owners with 16GB devices. 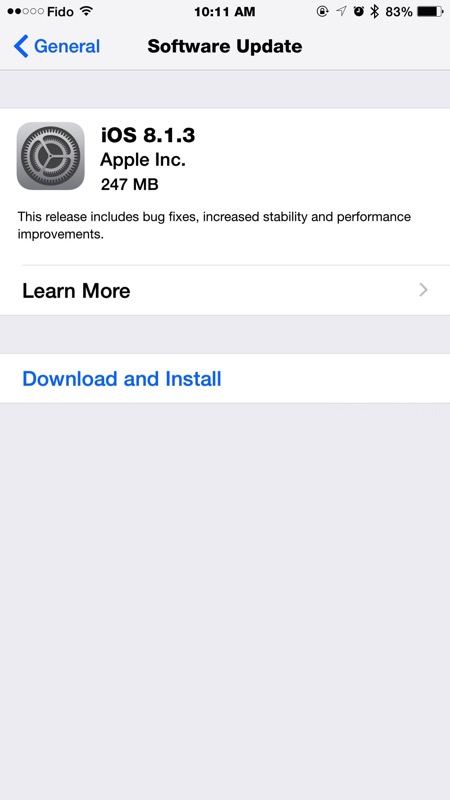 iOS 8 hasn’t been perfect since its launch (and subsequent updates). People have suffered from Wi-Fi bugs, high cellular data usage and more. The recent release of iOS 8.1.3 aimed to fix more bugs and issues but it’s an ongoing issue. While iOS 8.1.3 has been great so far, I still find launching Control Center difficult (as in it takes a few tries) in landscape mode within some apps.

While I can see iOS 9 would be focused on fixing these stability and performance issues as a continuation of iOS 8, I can’t see Apple not introducing major new features as it has in the past. Maybe the list of new features won’t be as long as before, but I do expect new tweaks or minor features of some sort.