Hwee-Boon Yar examined the colours of iOS app icons for 2015—here’s how he did it:

I wrote a couple of Ruby scripts and pulled charts from the iOS US app store using RSS feeds from Apple, downloaded the icons and extracted the primary colors used in each icon. I then wrote a Mac app to generate the numbers, charts and tables. The Newsstand category includes apps from several charts and did not have a separate paid app chart so while I have included the data for completeness sake, I wouldn’t be looking at it.

I extract the primary color from each icon and put them loosely into one of these color groups: red, green, blue, black, white and gray. If they are identified as black, white and gray, I look at their secondary color and try to place them into red, green, blue instead where possible (e.g a small, single blue letter on a white background might work better if it’s classified as blue instead of white).

The app icons for each chart are then stacked vertically. The taller a column is, the more commonly that color is used for icons in that chart.

Data was pulled from the App Store between December 16-22. Below is one image of the icons from the Top 200 Free Apps in the iOS App Store categorized into red, green, blue, black, white, grey: 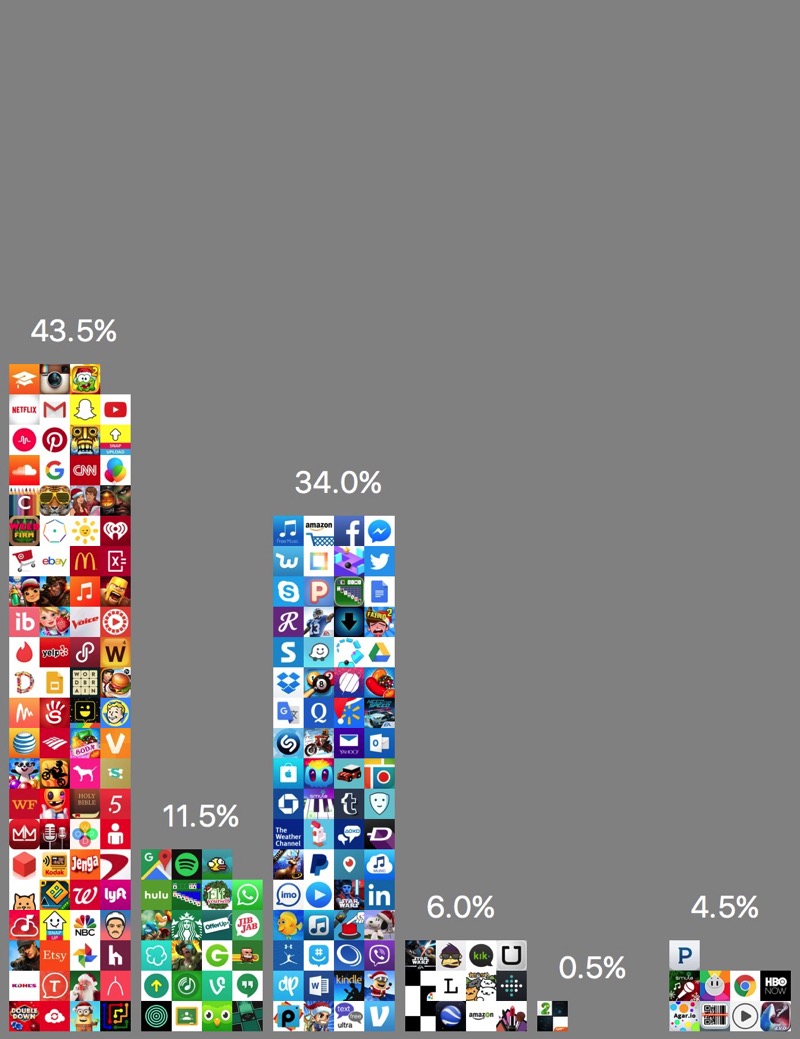 As you can see, red and blue are the most popular, followed by green, black. More extensive data can be seen here on Hwee-Boon’s site.

Remember the Twitter client SimplyTweet? That was created by Hwee-Boon. I had the chance to meet up with him a couple times during recent visits to Singapore—he’s a super cool dude.

If you’re a developer, you need his latest app, Iconica+. It’s one of the easiest ways to test your new app icon on an iOS device to see how it looks.