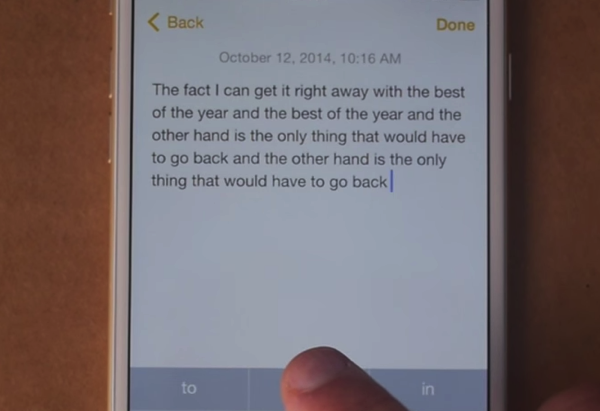 You may remember Jonathan Mann as the man behind the ‘iPhone Antenna’ song from four years ago, as his video was played at Apple’s antennagate press conference, which allegedly had Steve Jobs dancing to the tune off stage as it was being played.

Mann has now cleverly created the ‘iOS Autocomplete’ song, made entirely from live keyboard suggestions from iOS 8’s new QuickType keyboard. Check it out below (via The Loop):

That wasn’t too bad, and actually sounds better than some of the songs on the radio today.

If you haven’t seen Mann’s original video which made him internet-famous, check it out below (wait for the chorus):