This iOS Concept Re-Thinks App Switching on the iPhone [VIDEO] 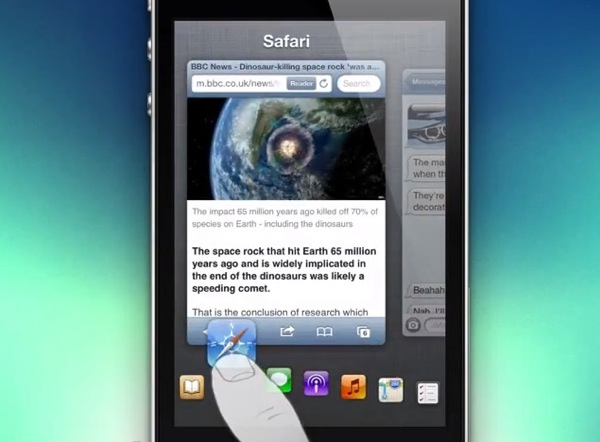 With WWDC 2013 coming up soon, all eyes are on Apple to see what changes will come in iOS 7. Now that Jony Ive is at the helm, we could see the most substantial changes to the refined mobile operating system.

One issue that many want to see improved is a new way to switch apps on the iPhone. The designer “Sentry”, whom you may be familiar with, has introduced a new concept to “re-think” the speed and easiness of what app-switching could be like. Below is his rationale for this concept, shared over at The Verge:

To put it simply: Maximizing speed by minimizing inputs, allowing maximum information. At the end of the day, it’s about clearly being able to get from one place to another. Doing so with efficiency means instant access, with productivity being adequately informed. The less compromise in these facets, the better the experience.

It’s a simple idea that enables quick and easy access to apps without using the Home button. We like it. What do you think of this concept? Would you like to see it come into fruition?