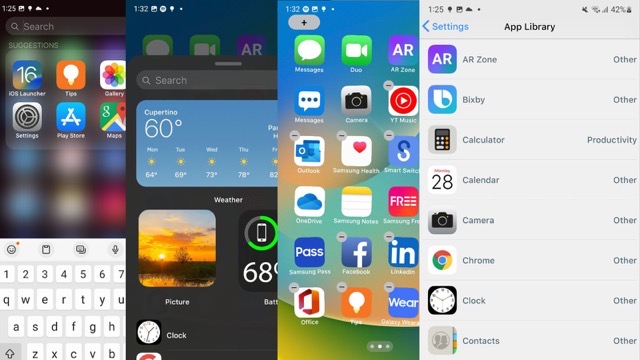 The launcher adds an iOS-like dock, Force Touch menus on apps, App Library, iOS-styled widgets, and even a “jiggle mode.”

It even replaces default Android app icons with iOS icons, such as Messages, Notes, Camera, and even swaps the Google Play icon with an App Store icon.

The most prominent change to ‌iOS 16‌, the redesigned Lock Screen, could also have given the app additional exposure.

The widespread coverage of the new Lock Screen may have prompted additional downloads for the launcher from users eyeing to try out Apple’s latest design. Unfortunately, this launcher does not sport the ‌iOS 16‌ Lock Screen, at least not yet.

There are dozens of other launcher apps on Google Play that promise to recreate the iOS experience on Android, and each of them has over a million downloads.