iOS Downloads and Revenue Grew by Over 50% on Christmas [Analysis] 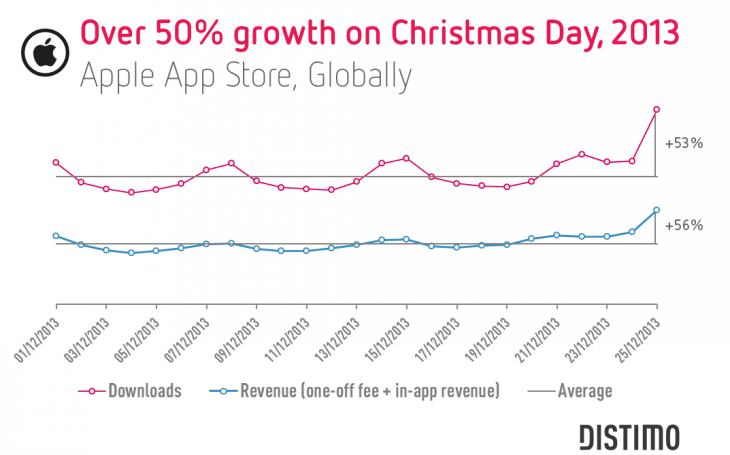 While the numbers are surely quite impressive, the percentages are however lower when compared to previous years. The research firm notes that in 2011, there was a threefold growth in app downloads on Christmas day compared to an average day in December, and last year the number of downloads almost doubled while revenue rose by 70%. The rate of revenue increase was however larger this year than the growth rate for downloads.

“Main contributors to this year’s Christmas spike were Western countries. For example: download volume in the United Kingdom increased by 161 percent on Christmas day. In addition, revenues in United States almost doubled with a plus of 97 percent in the Apple App Store. In the large Asian app markets like Japan and Korea this trend was hardly visible.”