Apple’s iOS has grown 3.5% in the US during the three-month period ending May 2013, according to a recent Kantar Worldpanel ComTech report that follows comScore’s report on the US smartphone market. 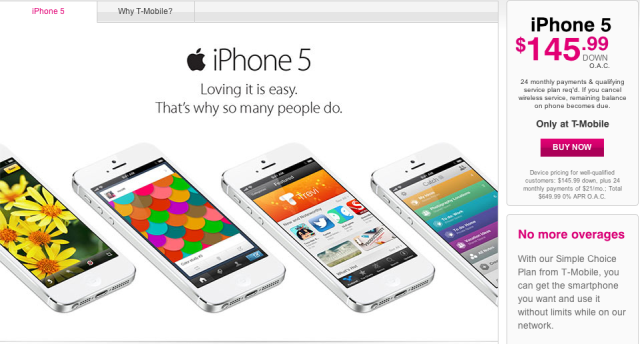 While Android remains the most sought-after mobile platform in the country, its market share remained almost unchanged — 52%, up 0.1% — compared to the previous period. By contrast, iOS has gained traction, and has grown 3.5%, accounting for 41.9% of smartphone sales.

Windows retained third position, grabbing 4.6% of the total smartphone sales during March and May 2013.

As Kantar Worldpanel ComTech global insight director Dominic Sunnebo says, the launch of the iPhone 5 on T-Mobile has benefited iOS in the three-month period analyzed by the market research company.

For the three months ending May 2013, the iPhone 5 was the best-selling smartphone at T-Mobile, despite the fact that it came out in the middle of the sales period in April. And iPhone sales accounted for 31% of T-Mobile’s smartphone sales over this period. While this is comparatively lower than AT&T (iOS accounting for 60.5% of AT&T sales) and Verizon (43.8%), a full quarter’s worth of purchasing next month may impact T-Mobile’s overall sales share.

Furthermore, T-Mobile’s new approach to customers acted like a magnet for first-time smartphone buyers, with the most popular device being the iPhone 5. The study also sheds light on potential iPhone buyers: for about 28% of T-Mobile customers who plan to change their devices within the coming year, the iPhone will likely be their next device.