iOS Enterprise Market Share in Upswing at the Expense of Android

The launch of the iPhone 6 and iPhone 6 Plus had an immediate impact in the enterprise market in Q3 of 2014, and that momentum continued throughout the holiday quarter: iOS device activation is three times higher than for Android, and Apple device adoption is higher in regulated industries, Good Technology’s quarterly report reveals. 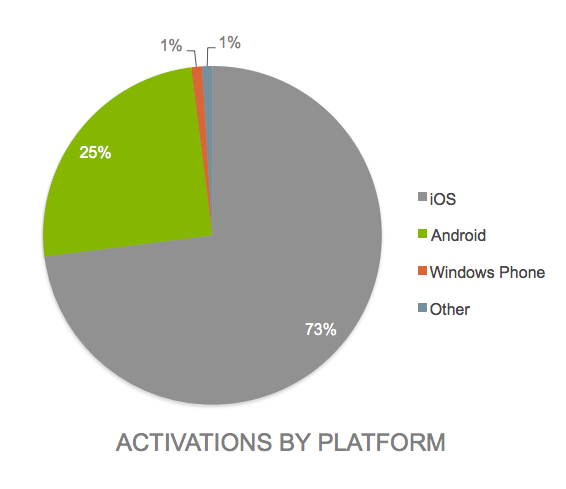 iPhone 6 devices accounted for 30% of all device activations during the holiday quarter. Of those, the 4.7-inch iPhone 6 grabbed 77%, while the remainder went to the bigger iPhone 6 Plus.

Samsung took the crown among Android devices: Nine out of ten devices activated during the aforementioned period were made by the South Korean manufacturer.

Device adoption varied depending on industries and the level of regulation. iOS is winning regulated industries such as the legal industry (95%), the public sector (82%), and financial services (81%).

Android seems to win in industries with less stringent regulatory compliance restrictions, such as manufacturing and transportation, where the adoption rate of Android devices stood at 39% and 35%, respectively.