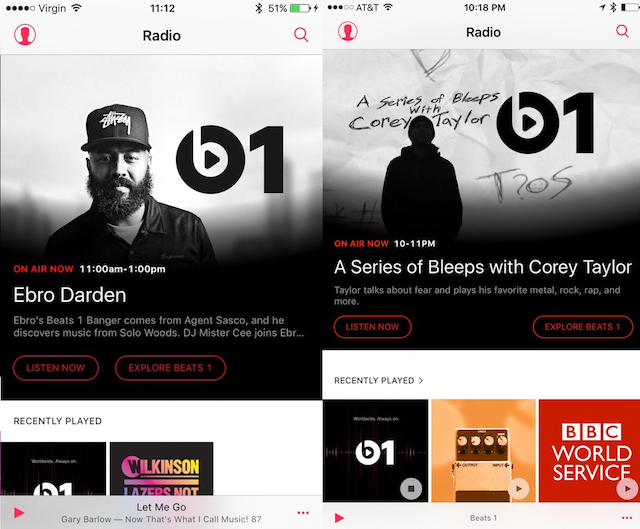 Radio tab in the iOS Music app now updates along with the Beats 1 live schedule, displaying live show titles, host names, description and artwork for the current show, as pointed out by 9to5Mac. Instead of the old static image of the Beats 1 logo and a Listen Now subtitle, the Radio tab now lets users find out at a glance what’s playing, something that might attract more listeners into following the free Beats 1 radio shows.

There are now two clear buttons to interact with: ‘Listen Now’ and ‘Explore Beats 1’. Tapping Explore takes the user to the Beats 1 upcoming schedule page and host biographies. Tapping Listen Now, or anywhere on the artwork, launches Beats 1 immediately in the music player.

The Radio tab content is largely controlled by server-side data, so Apple has been able to apply this change without an iOS system update; it is appearing on devices running the public iOS 9.2.1 and beta iOS 9.3 seeds.

In its continued efforts to promote Beats 1 as a live always-on service, Apple has been periodically improving the user experience with Apple Music and Radio, having added a 3D Touch shortcut to the Music app for iPhone 6s users, to make tuning into Beats 1 even easier. What do you think of Beats 1 so far?