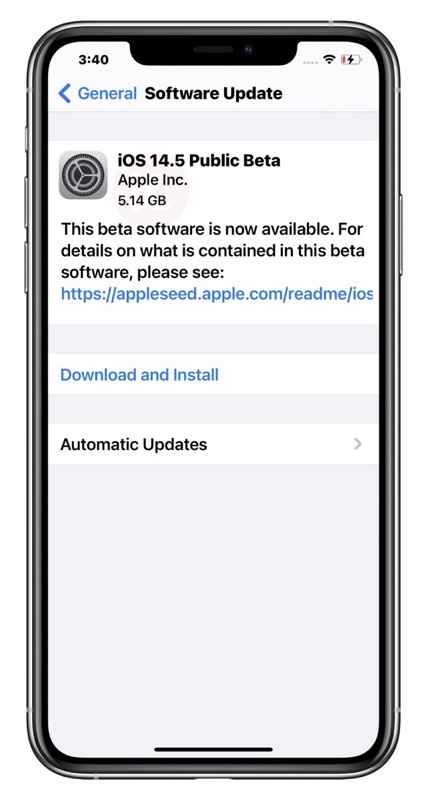 Specifically, the Public Beta versions of iOS 14.5, iPadOS 14.5 and watchOS 7.4 are now available.

With iOS 14.5 public beta and watchOS 7.4 public beta, you’ll be able to test the new iPhone unlocking feature with Apple Watch. This feature aims to make unlocking an iPhone much easier when one is wearing a face mask, as your Apple Watch will authenticate for you.

After installing both of these public betas on your iPhone and Apple Watch, you’ll need to configure settings to get started.

On the Watch app on your iPhone, head to Passcode settings and enable ‘Unlock with iPhone’.

On your iPhone, head to Face ID & Passcode within Settings, then enable the Unlock with Apple Watch feature.

Once complete, you’ll be able to unlock your iPhone without a passcode when you have a mask on, as long as your Apple Watch is on your wrist and authenticated. It’s similar to how the Apple Watch unlock feature works for the Mac.

Since this is just the first beta of iOS 14.5 so far, expect final versions for the masses to be released in a month or so.

Another handy tutorial has been recently shared by Apple on its YouTube channel, and this one details how you can add custom sounds like alarms, appliances, or doorbells to Sound Recognition on your iPhone in iOS 16. The iPhone can continuously listen for certain sounds, such as a crying baby, doorbell, or siren, and notify...
Usman Qureshi
27 seconds ago

Apple has shared another useful video on its YouTube support channel, explaining how you can find and copy the password of the Wi-Fi network you’re currently on or any you’ve previously connected to. In iOS 16, iPadOS 16.1, and later, you can use Face ID to see and copy Wi-Fi passwords. Simply follow these steps...
Usman Qureshi
12 mins ago