Dell is planning to introduce a major update to its Mobile Connect companion iOS app later this year, which will allow users to wirelessly transfer files between their iPhones and Windows computers, as well as mirror their iPhone’s screen on their Dell devices (via Thurrott). 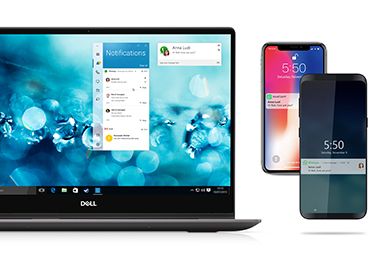 Dell’s Mobile Connect app for iOS, that allows users to control their iPhone from their Dell device, is expected to receive the new features in Spring 2020.


Here’s what Dell states in a press release:

“This spring Dell Mobile Connect will expand its wireless transfer and app mirroring capabilities beyond Android phones and bring these functions to iOS phone users12. XPS, Inspiron, Vostro, Alienware and G Series users with iOS phones will be able to directly access their favorite mobile apps, from rideshare to social media, and take advantage of drag-and-drop file transfer and content mirroring straight from their Dell PC.”

To learn more about Dell Mobile Connect for iOS and Android, visit this link.

Two days after declaring ‘war’ on Apple, Tesla CEO and ‘Chief Twit’ of Twitter, Elon Musk has met with the iPhone maker’s CEO. In a video shared on Wednesday afternoon, Musk said “Thanks @tim_cook for taking me around Apple’s beautiful HQ,” referring to Apple Park in Cupertino. Musk didn’t elaborate on his meeting with Cook. […]
Gary Ng
15 mins ago