Reports today indicate that a new software update for Apple’s iPhone and iPod touch is on its way as numerous overseas users report glitches in the Alarm Clock app.

The report comes from Australia and notes that the Alarm Clock application found on the iPhone and iPod touch began waking up users an hour early in the southern region of Australia and other areas.

Through trial and error, users have found that a bug in the Clock app caused the software not to fall back an hour when daylight savings time switched over.

Users have found success by setting their alarm one hour forward in order to have the clock app activate at the right time. Of course, users should not have to do that but it is clear that the issue lies with DST and iOS. 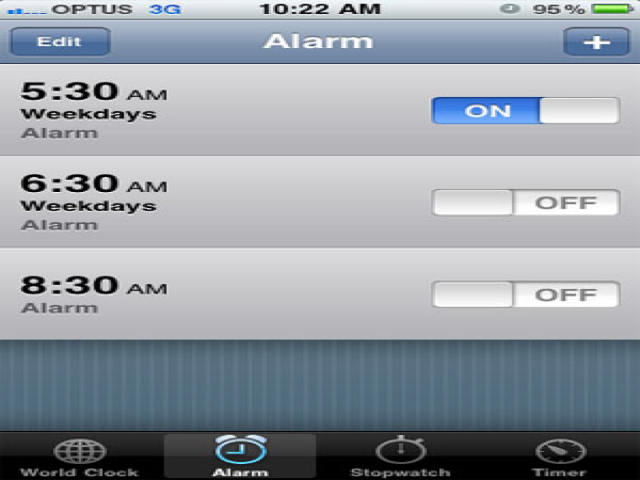 The good news is that a representative for Apple Australia has reported that the company is aware of the issue and that a fix has already been developed. The fix is expected in an upcoming software update, presumably 4.1.1, for iPhone and iPod touch.

The Apple representative did not indicate a time line for release, but the iOS update will likely appear within the next few weeks before DST changes over for other places in world. However, Apple could also wait and include the fix in November’s iOS 4.2 update.

While the software update will patch the Clock bug, jailbroken iPhone and iPod touch devices should be aware that the 4.1.1 or 4.2 release may close the recent limera1n jailbreaking hole. If your iPhone or iPod touch is jailbroken, it’s best to avoid these updates until further notice.