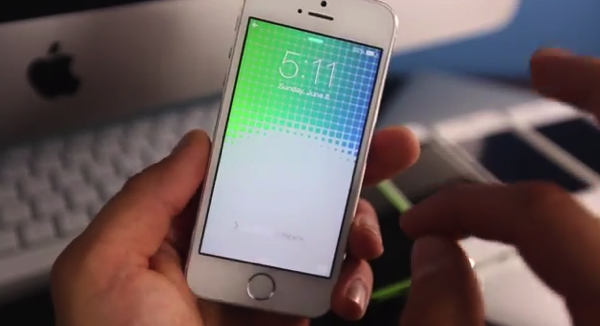 Apparently iOS 7.1.1 has a new lockscreen flaw which can allow someone to bypass your iPhone in seconds, as noted in a demo on YouTube by EverythingApplePro (via ZDNet).

The hack only works if Control Center access is enabled from the lockscreen and you happened to have a missed call. The hack involves enabling Airplane Mode via Control Center, then going to Notification Center and tapping on the missed call notification, which then allows access to the most recently opened app. Check out the video below:

Update: We were able to duplicate this supposed flaw (iOS 7.1.1 on an iPhone 5s), but it apparently works on the iPhone 4/4S, iPhone 5/5s/5c on iOS 7.1.1. The YouTube channel says they spent ‘about 2 hours’ figuring out this bypass, which makes us believe someone has too much time on their hands.

You can protect yourself from this flaw by disabling Control Center access from the lockscreen. Just go to…

Another way to protect yourself is to ensure your phone is on the homescreen prior to it locking.

Let us know if you’re able to duplicate this flaw as we’ll keep trying, and will keep you updated.

Update: We were able to confirm this flaw does exist as we were able to replicate it. You need to ensure an app is running prior to locking the screen as per the instructions.